In 2016, the homeownership rate for 25 to 34 year olds was 34.0 percent, down from 46.6 percent in 2006 and 41.0 percent in 2000. Rates of homeownership among Millennials households remain relatively low for a variety of reasons, some interrelated – uncertain economic prospects following the Great Recession, a tight mortgage market, rising student debt, lower rates of marriage and childbearing, low inventories of homes for sale that are affordable to first-time homebuyers. But there is still a lot of evidencethat younger households wants to become homeowners eventually. So what do we know about Millennial homeowners in the Washington DC region?

There are no “hot spots” for homeownership (based on the definition above) among older Millennials; however, there are relative high proportions of older Millennials homeowners in the Olney/Clarksburg areas in Montgomery County, the Clinton/Fort Washington areas in Prince George’s County, much of Loudoun County, the Gainesville area in Prince William County and the Burke and Springfield areas in Fairfax County. 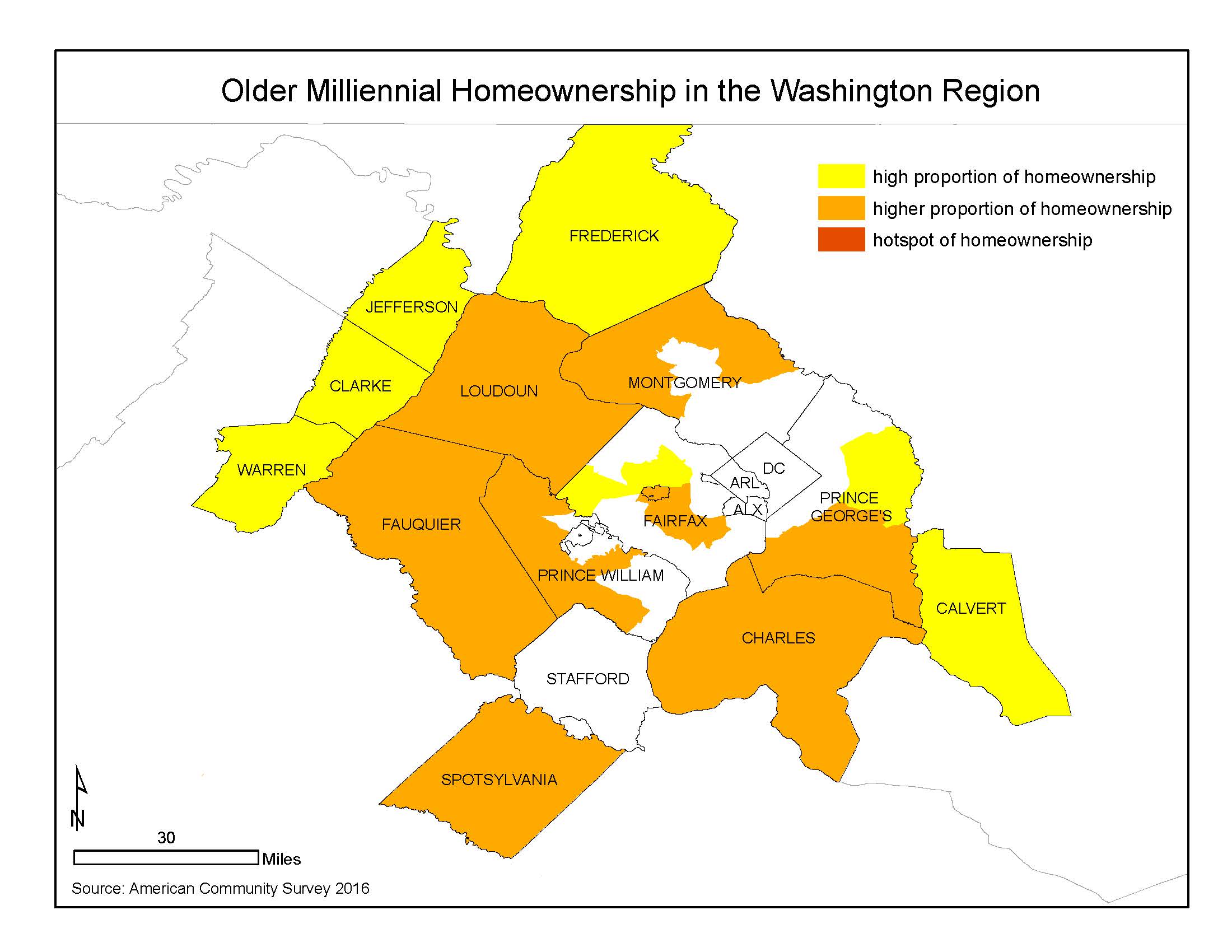 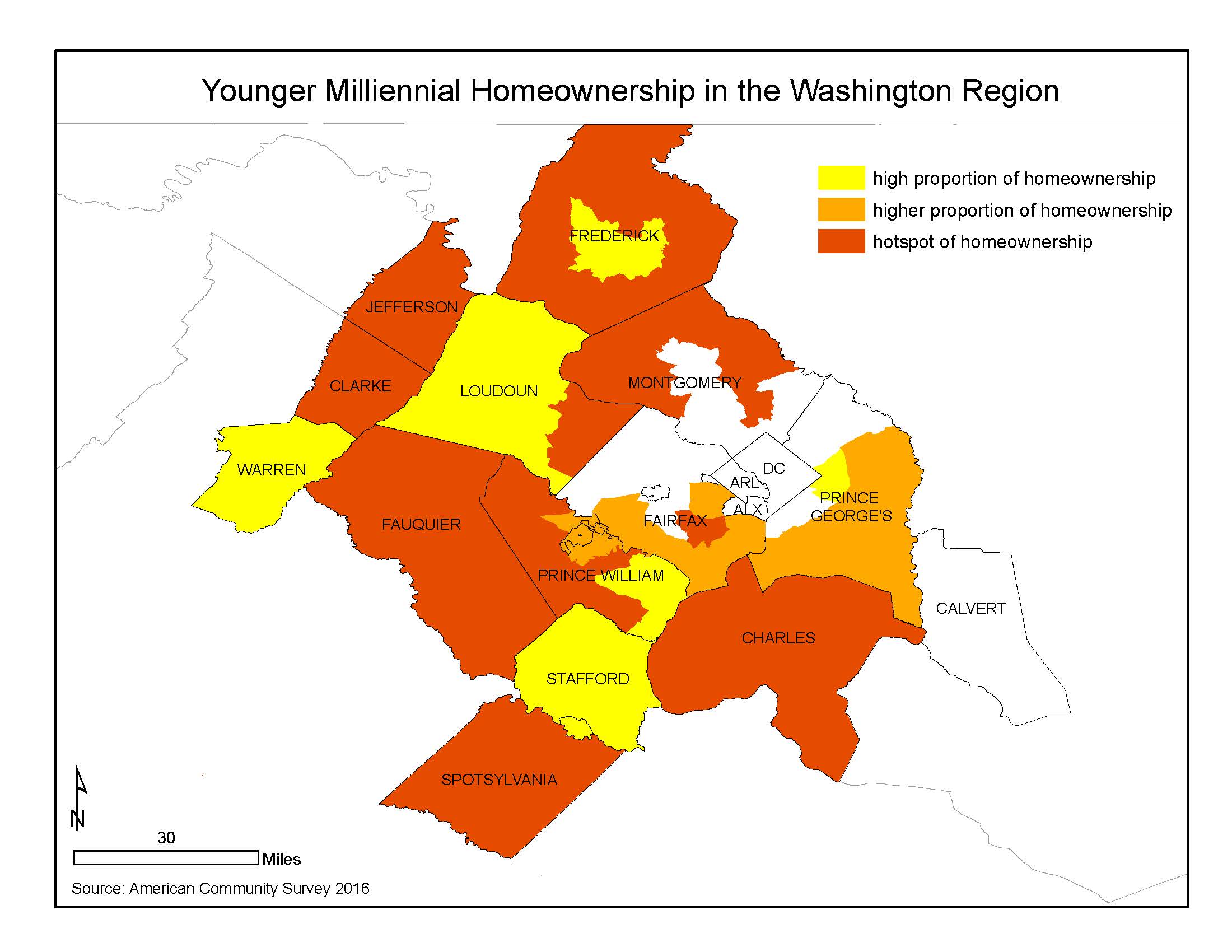 Therefore, young Millennial homeowners are very likely to be in more suburban and even exurban neighborhoods where home prices are lower and where there are more single-family homes (see below).

There does seem to be some evidence that younger Millennials are buying homes in closer-in neighborhoods than older Millennials are, particularly in parts of Fairfax and Montgomery counties. While homeownership may be out of reach in the closest-in neighborhoods, there may be a cohort of younger Millennials that have stronger preferences—and have the financial wherewithal—to buy homes in transit-accessible, more compact neighborhoods, and they are likely buying condos instead of townhomes or single-family detached homes. This pattern could also simply reflect the fact that this cohort is younger and less likely to be married or have children.

This issue of financial wherewithal is really important. According to this ACS data, the median household income for older Millennials who are homeowners is $116,600 compared to just $78,500 for younger Millennials homeowners.

Future blogs will report out in more detail on the demographic and economic characteristics of Millennial homeowners and renters in the DC region. In the meantime, please don’t hesitate to reach out if you are interested in more information!